Been rolling right along at the shop- me and Jessie ventured off to a tattoo convention last weekend. It was in Roseville by Sacramento...
It was hot during the day, warm at night- almost a full moon over the bands that played by the beer garden on the fair grounds (which was right next to a jail)
Interesting, I know. 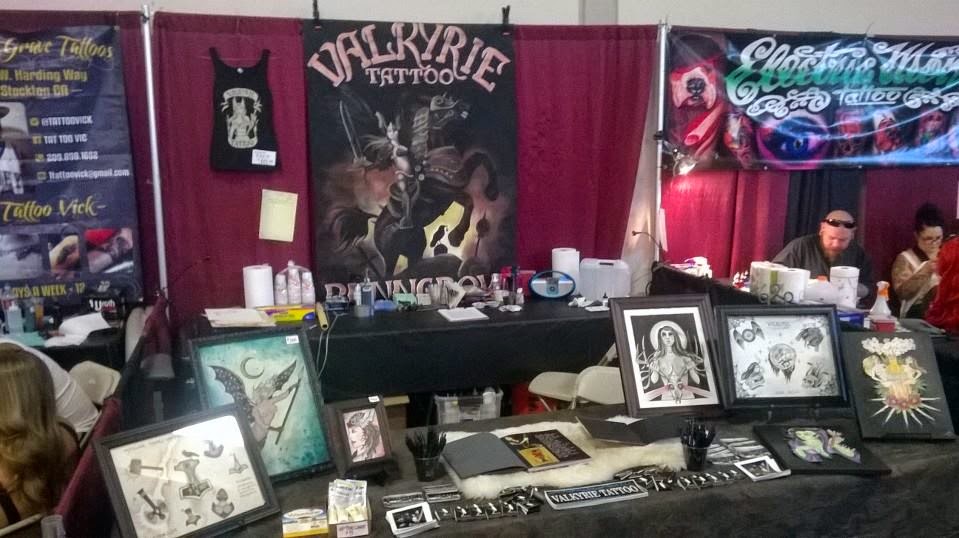 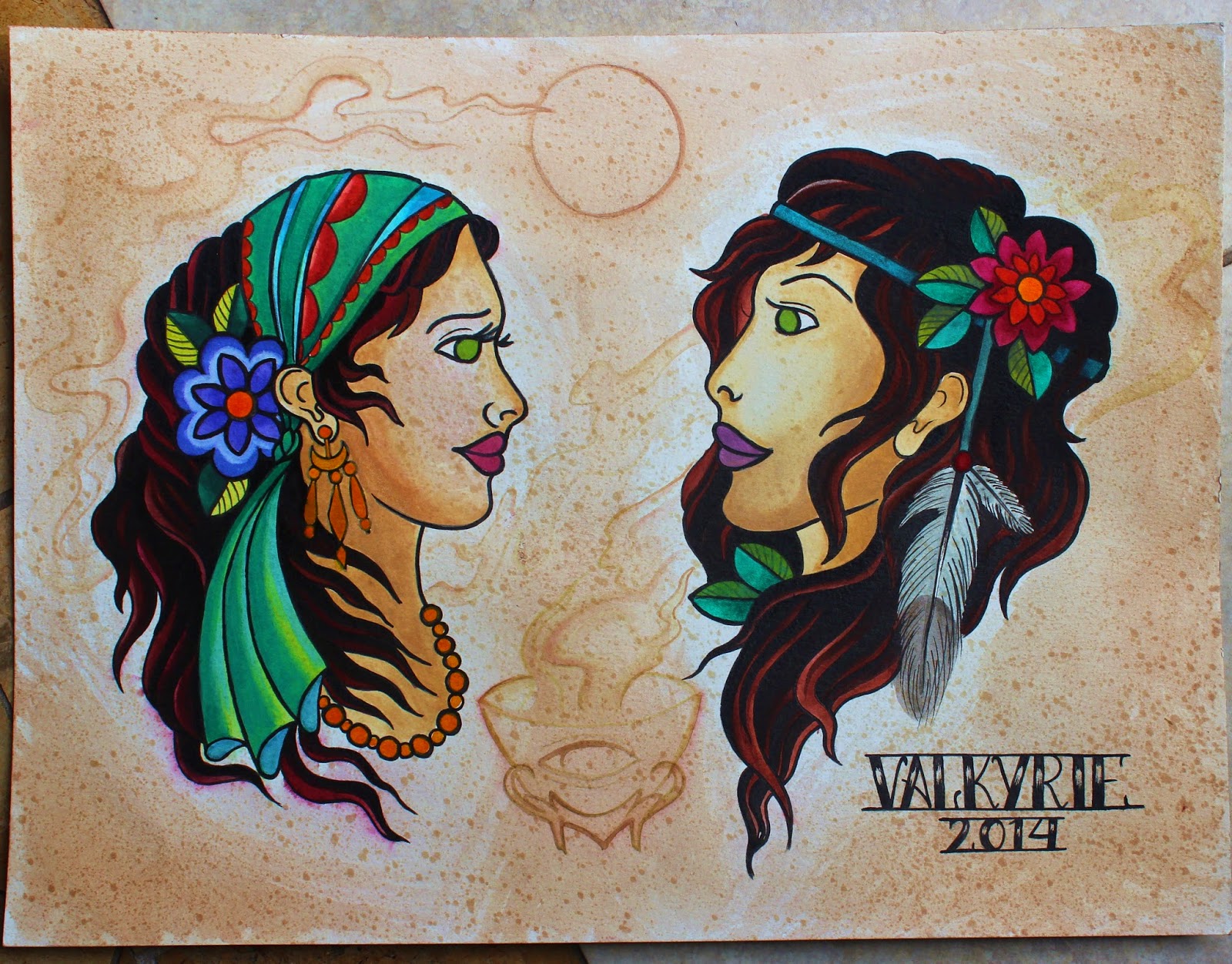 Some paintings I worked on for the art show part of the convention. They were for sale but I didn't have any takers. I have one more small painting I did of a Valkyrie- it made it onto the Instagram page... 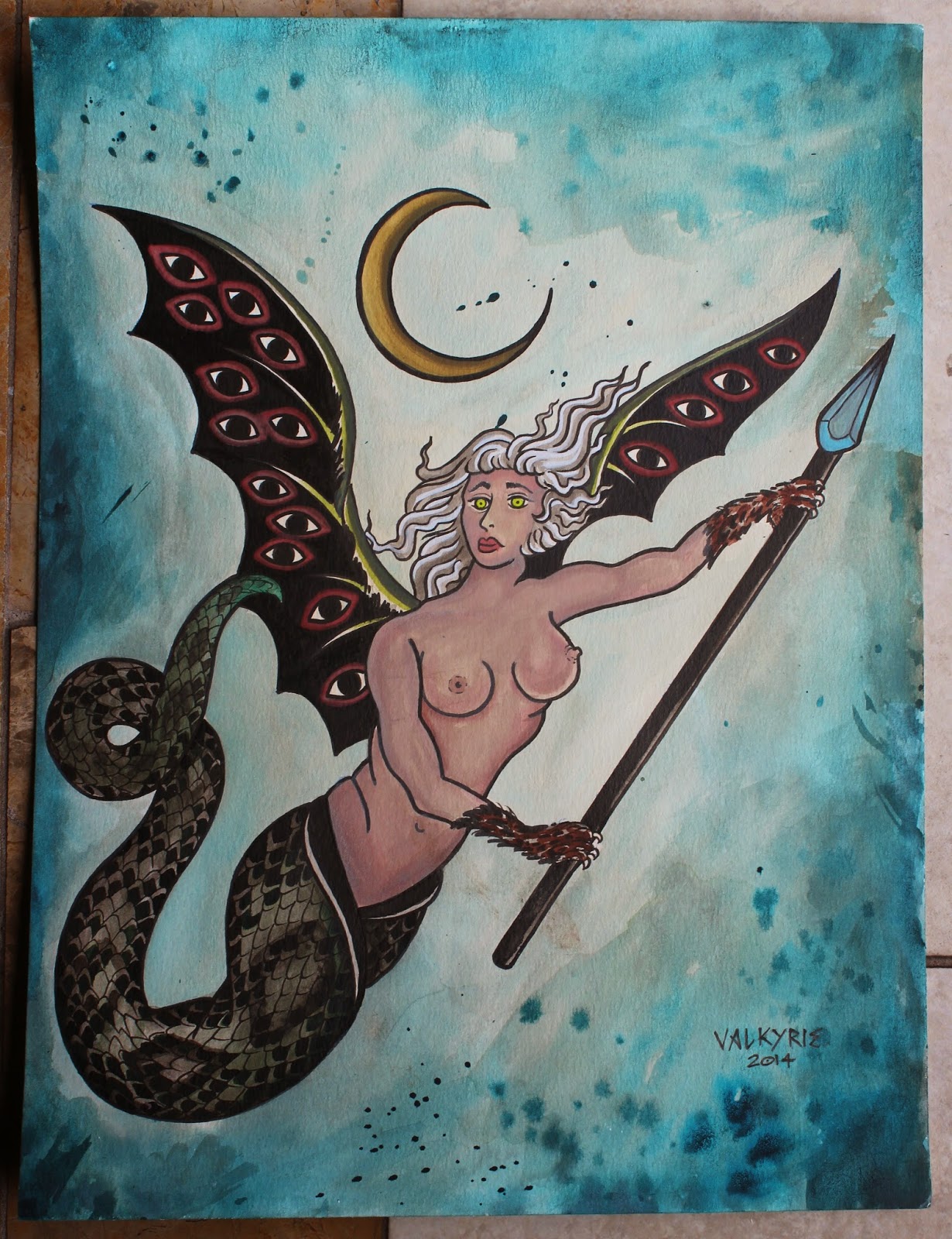 I made some new friends- two in particular. My neighbor, Spider he was really cool. He started tattooing in jail- made his own machines and ink and once he got out, he continued tattooing- got professional. He was great. Such a pal, he let me use his printer to print my art. I usually don't bring a ton of equipment to shows, although it would help out a lot.
To see more pics from Convention follow us on Instagram: http://instagram.com/valkyrie_tattooing 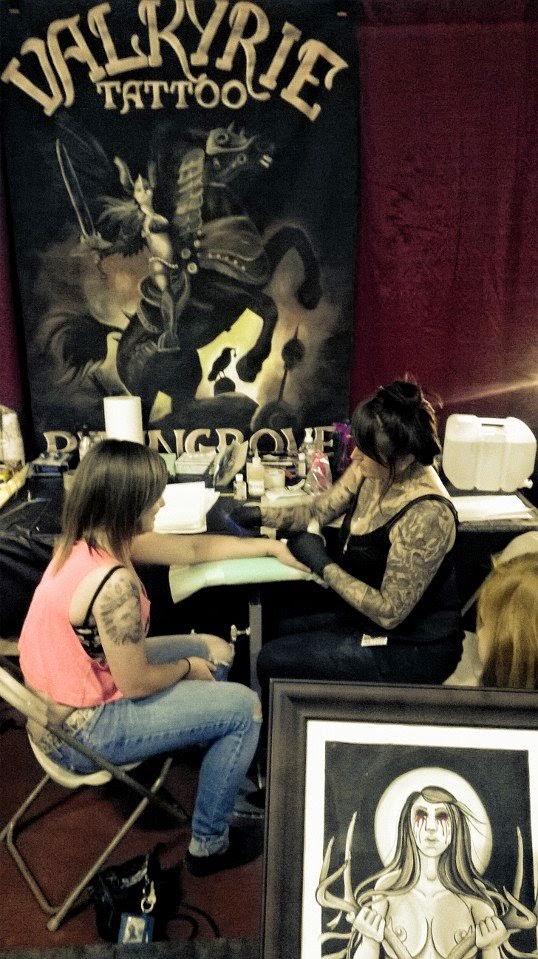